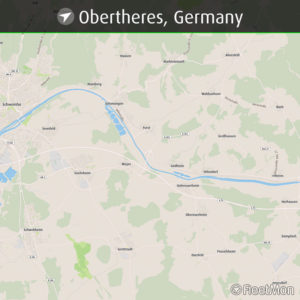 Obertheres is located in lower Franconia and is nearby to Wonfurt and Horhausen. The nearest port to Obertheres is also located at the Main river. Schweinfurt ranks third richest city in Germany after Wolfsburg and Frankfurt am Main. It is known for its metal industry, especially ball bearing plants and bicycle manufacturing.
see nearest port: Schweinfurt 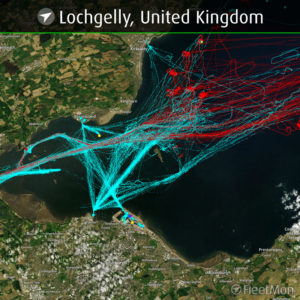 Lochgelly is a former mining town in Scotland located between Lochs Ore and Gelly. The nearest ports are located around the Firth of Forth. Three of them are serving Edinburgh as cruise ports. Its economy is based mainly on financial services, scientific research, higher education, and tourism. Forth Ports are currently developing an additional deep water anchorage at Newhaven Harbour adjacent to the Port of Leith.
see nearest port: Edinburgh 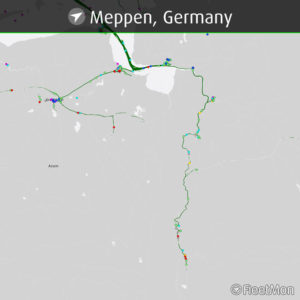 Meppen is a town and the seat of the Emsland district of Lower Saxony, Germany. he name stems from the word „Mappe”, meaning “delta“. The nearest port is also a town called Emden. Its main industries are automobile production and shipbuilding. It is also one of the three main ports for car shipping in Europe and produces different kinds of cargo ships as well as ships for special purposes such as icebreakers, dredgers and other ships of that type.
see nearest port: Emden 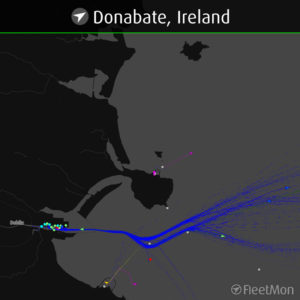 Donabate is a small coastal town in Fingal, Ireland. The nearest port, the port of Dublin, has both historical and contemporary economic importance. Two-thirds of the Ireland’s port traffic goes via Dublin Port. The main activity of the port is freight handling, with a wide range of vessels, from large container carriers to small diesel lighters, visiting daily.
see nearest port: Dublin 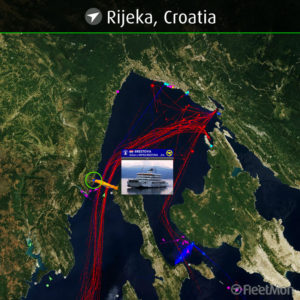 Rijeka is the principal seaport and the third-largest city in Croatia and is located on Kvarner Bay. Historically, the city was fiercely contested, especially among Italy, Hungary and Croatia, changing hands and demographics many times over centuries. Today, it is the largest port in Croatia with a cargo throughput of 11.2 million tonnes (2016), mostly oil, general cargo and bulk cargo.
see port of: Rijeka 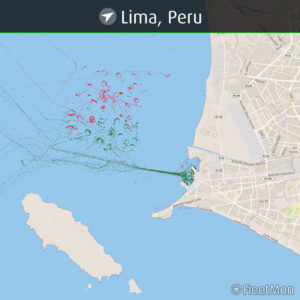 Lima is the capital and the largest city of Peru. The Callao seaport is one of the main fishing and commerce ports in South America, covering over 47 hectares and shipping up to 20.7 million metric tons of cargo. The main export goods are commodities: oil, steel, silver, zinc, cotton, sugar and coffee.
see port of: Puerto Del Callao 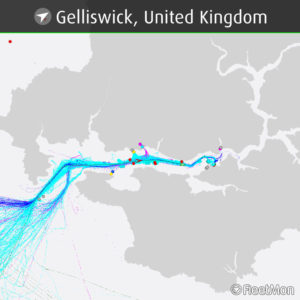 Gelliswick is a sheltered sand and shingle bay within the industrialised waterway of Milford Haven, Wales. The natural harbour of the Haven was known as a safe port and was exploited for several historical military operations throughout the second millennium. It has experienced a history of boom and slump in shipbuilding, fishing, as a railhead and an ocean terminal.
see port of: Gelliswick 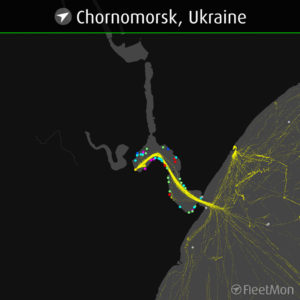 Chornomorsk is a city in Ukraine. Chornomorsk gained its current name in February 2016. Formerly known as Illichivsk, the port of Chornomorsk is an universal seaport.
It is located on the north-western shore of the Black Sea near Odessa.
see port of: Illichivsk 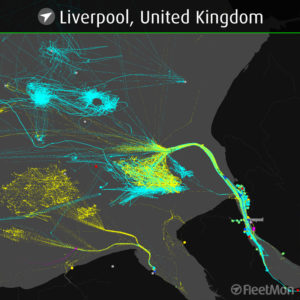 Liverpool is a major port city in North West England. Liverpool’s status as a port city has contributed to its diverse population. The port of Liverpool is the enclosed 12.1 km dock system that runs from Brunswick Dock, Liverpool to Seaforth Dock, Seaforth. Its first dock was built in 1715. Since then it was the home port of many great ships, including RMS Baltic and the ill-starred Tayleur, MV Derbyshire, HMHS Britannic, RMS Lusitania and the RMS Titanic.
see port of: Liverpool 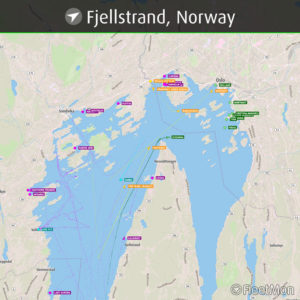 Fjellstrand is a village in Norway. The port nearest to Fjellstrand is the port of Oslo. Which is an important centre of maritime knowledge in Europe and is home to approximately 1980 companies within the maritime sector. Some of which are the world’s largest shipping companies, shipbrokers, and insurance brokers. The port of Oslo is the largest general cargo port in the country and its leading passenger gateway.
see nearest port: Oslo 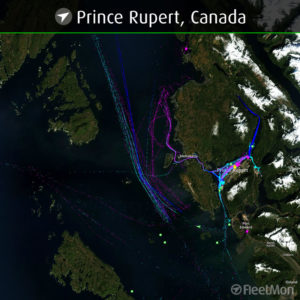 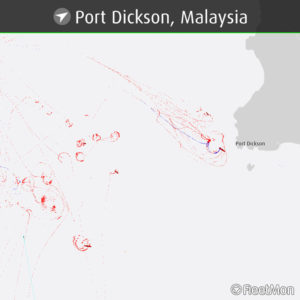 Port Dickson, or PD to locals, is a coastal town in Malaysia. Port Dickson evolved into a busy trading centre. Railways were constructed to facilitate the growth and development of Port Dickson. Port Dickson has two refineries which make significant contributions to the local economy.
see: Port Dickson 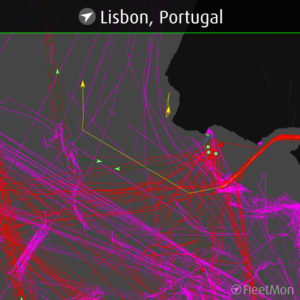 Lisbon is the capital of Portugal. It is one of the major economic centres on the continent, with one of the largest container ports on Europe’s Atlantic coast. The country’s chief seaport, featuring one of the largest and most sophisticated regional markets on the Iberian Peninsula, Lisbon and its heavily populated surroundings are also developing as an important financial centre and a dynamic technological hub. Automobile manufacturers have erected factories in the suburbs, for example, AutoEuropa.
see port of: Lisbon 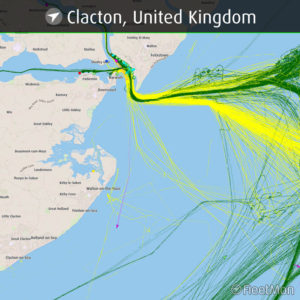 Clacton or Clacton-on-Sea is a seaside resort in England. Before the Industrial Revolution, Clacton’s industry mainly consisted of arable farmland. Nowadays, the town’s main industrial area contain a variety of businesses and industrial units. Harwich, the nearest port located on the coast with the North Sea to the east, is useful to mariners as the only safe anchorage between the Thames and the Humber.
see nearest port: Harwich 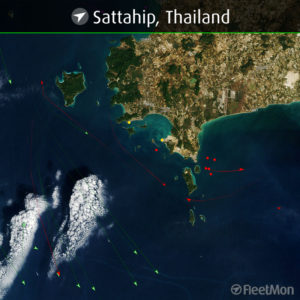 Sattahip is at the southern tip of the province southeast of Bangkok, at the head of a small bay protected by Phra Island. It was developed as a naval base in 1920–23 and continued to serve predominantly military purposes in the 1970s. ‚Sattahip’ means the seven barriers, which are the islands that protect the coast of the district.
see port of: Sattahip