Even though modern-day ships are much better equipped to sail through storms, most sailors prefer to avoid them. Yet according to recent research published in Geophysical Research Letters by Joel Thornton and his colleagues from the University of Washington in Seattle, some storms may actually be caused by ships themselves. They have shown that lightning strikes in the Indian Ocean and South China Sea occur almost twice as frequently along shipping lanes as in other areas of these waters. 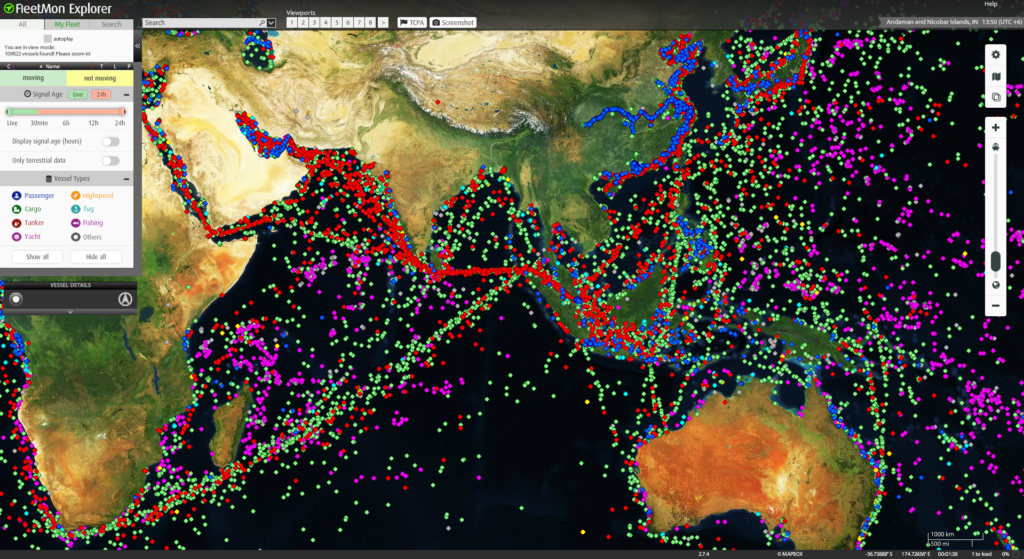 The researchers worked extremely thoroughly, investigating some 1.5 bn lightning strikes recorded by the World Wide Lightning Location Network between 2005 and 2016. Fascinatingly, they discovered that the strikes happened over seawater were concentrated on much-frequented shipping lanes, and in particular the one that runs from south of Sri Lanka to the northern entrance of the Straits of Malacca and from there on to Singapore.

Wind or air movements alone were ruled out as causing such a concentration of thunderstorms, as the atmospheric conditions outside these shipping lanes were no different. That ships are made of metal and their superstructures are the tallest objects in an otherwise fairly flat expanse of water was also thought to be improbable because vessels only occupy a tiny fraction of the area covered by these shipping lanes.

The most likely explanation is sulphur-rich particulate pollution from ship emissions. Burning sulphur-rich marine diesel produces soluble sulphuric oxides that act as nuclei for the condensation of small cloud-forming droplets. When carried upwards by convection, these small droplets form storm clouds from which bolts of lightning can emerge. But the prospects for fewer lightning strikes in these shipping lanes are good. Standard bunker fuel currently has an average sulphur content of 2.7%. From 2020 it should be down to 0.5% if the IMO rules are obeyed.