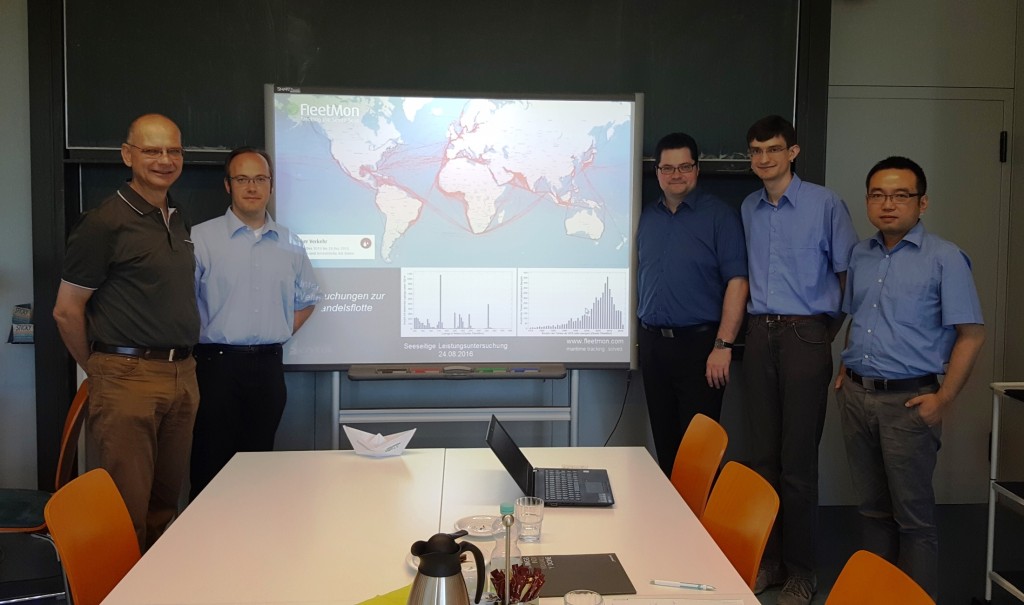 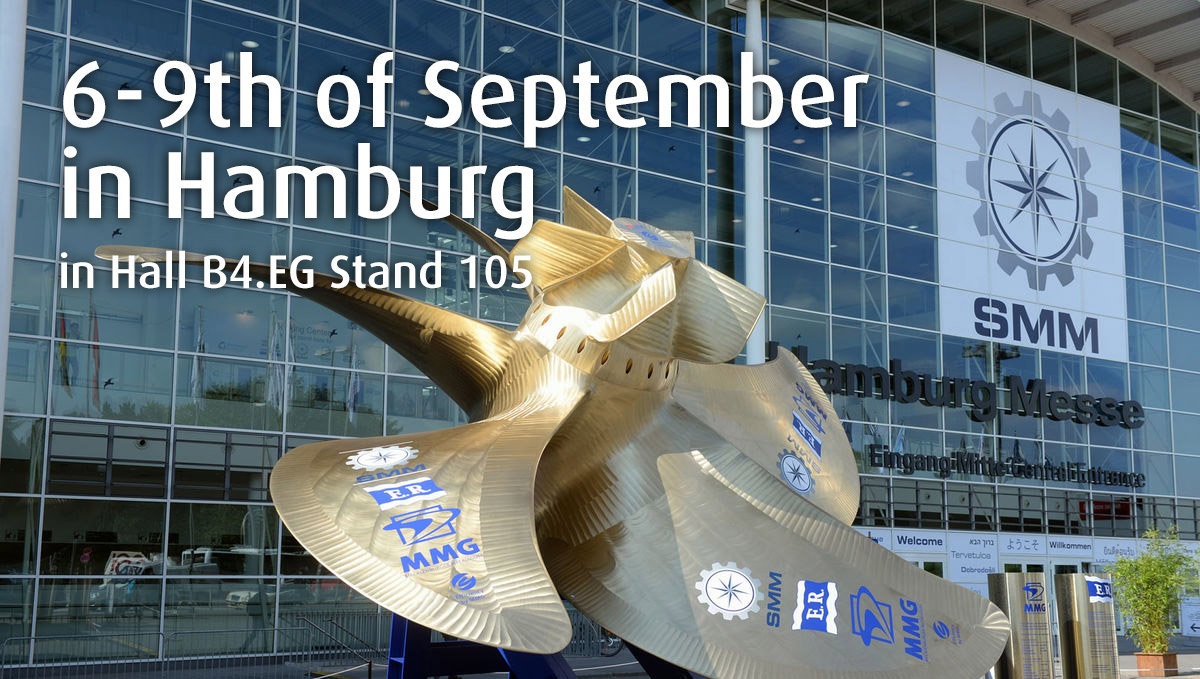 SMM, the world’s leading trade fair for the maritime industry takes place from September 6th to 9th in Hamburg, Germany.

With the presence of almost every relevant industry player, the show is the perfect venue for spotting new trends, developing new business contacts, and interacting with leaders in the maritime sector.

FleetMon will be present at this top event for the international maritime industry. If you plan on attending, we would like to take the opportunity to get to know you and your company during the SMM.

Under https://fleetmon-smm2016.youcanbook.me/ we have created an online calendar, from which you can easily make an appointment with us.

We look forward to meeting you and having lots of interesting and stimulating conversations! You will find us on our partner’s booth of Lloyd’s Register in Hall B4.EG, Stand 105. 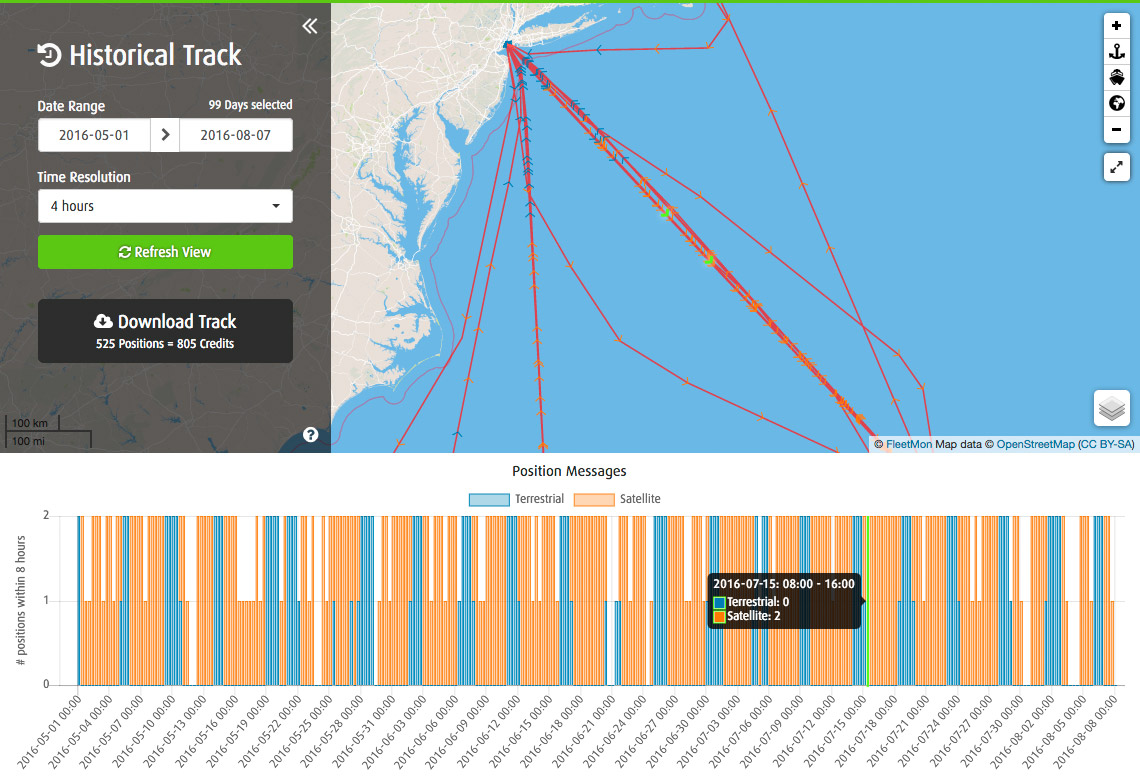 With the release of our new Historical Track module we now provide a free, monthly budget to all users of FleetMon with an Unlimited, SAT15 or SAT 50 account. On every first day of the month, your credit balance will be replenished. Should you already own a credit budget, the gift credits will be used first.

END_OF_DOCUMENT_TOKEN_TO_BE_REPLACED

Security in networks has been an ongoing iusse for many years.
With the intensive use of communication technology as open and collaborative, the increasingly interconnected world, makes computers and data ever more difficult to secure. Confidential information eventually finds its way to third parties.

END_OF_DOCUMENT_TOKEN_TO_BE_REPLACED

The chance to meet face to face with clients and market participants is very important to us. After several interesting and informative meetings at the Digitital Ship show in Hamburg earlier this year we are now looking forward to our next engagement.

END_OF_DOCUMENT_TOKEN_TO_BE_REPLACED

We are happy to announce the release of the Traffic Density Map in FleetMon Explorer! Now you are able to visualize local and global shipping lanes with the click of a button. You can determine exact traffic areas in port and at sea as well as filter vessel routes by vessel and signal type in one easy to use interactive map. 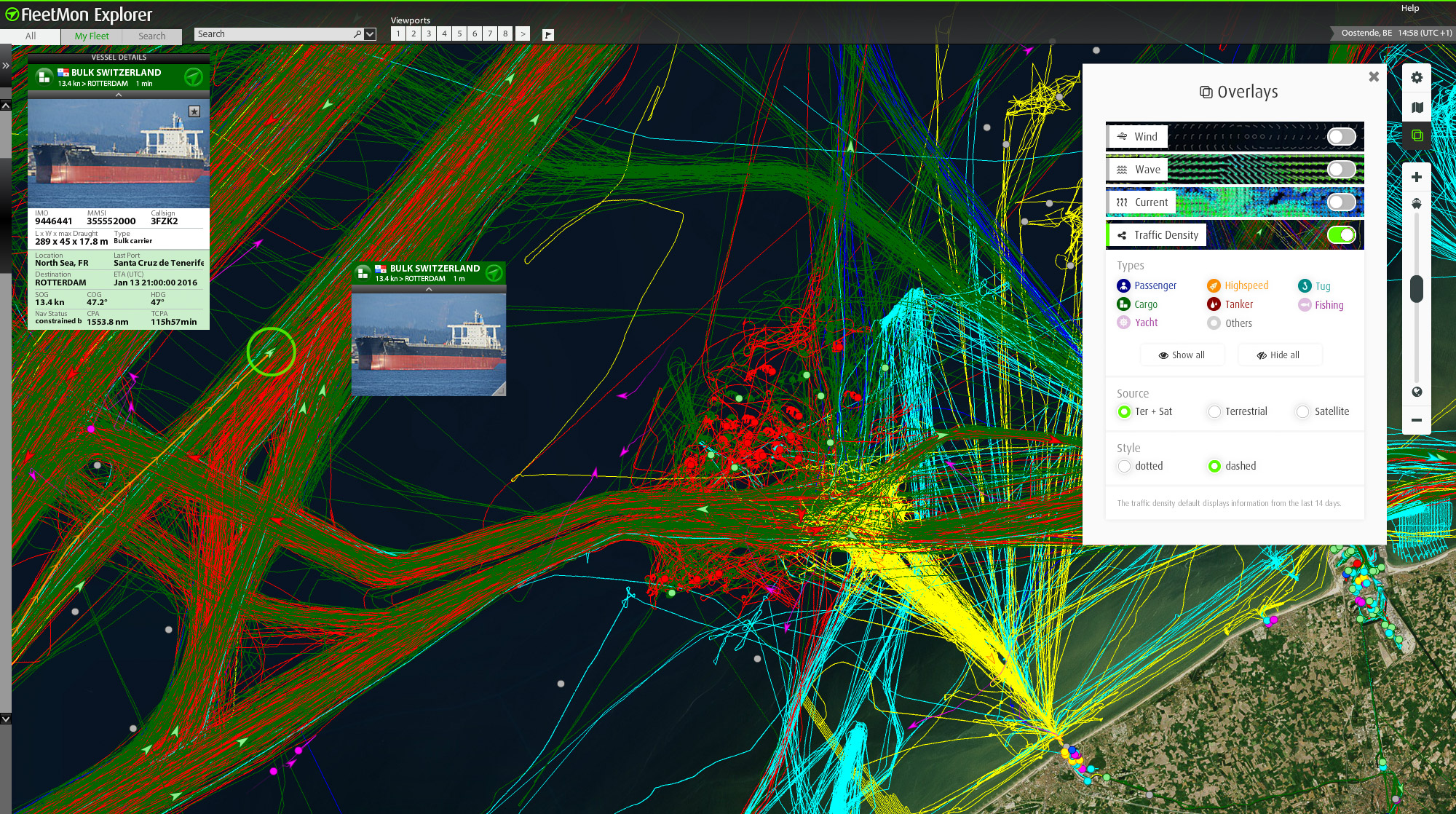 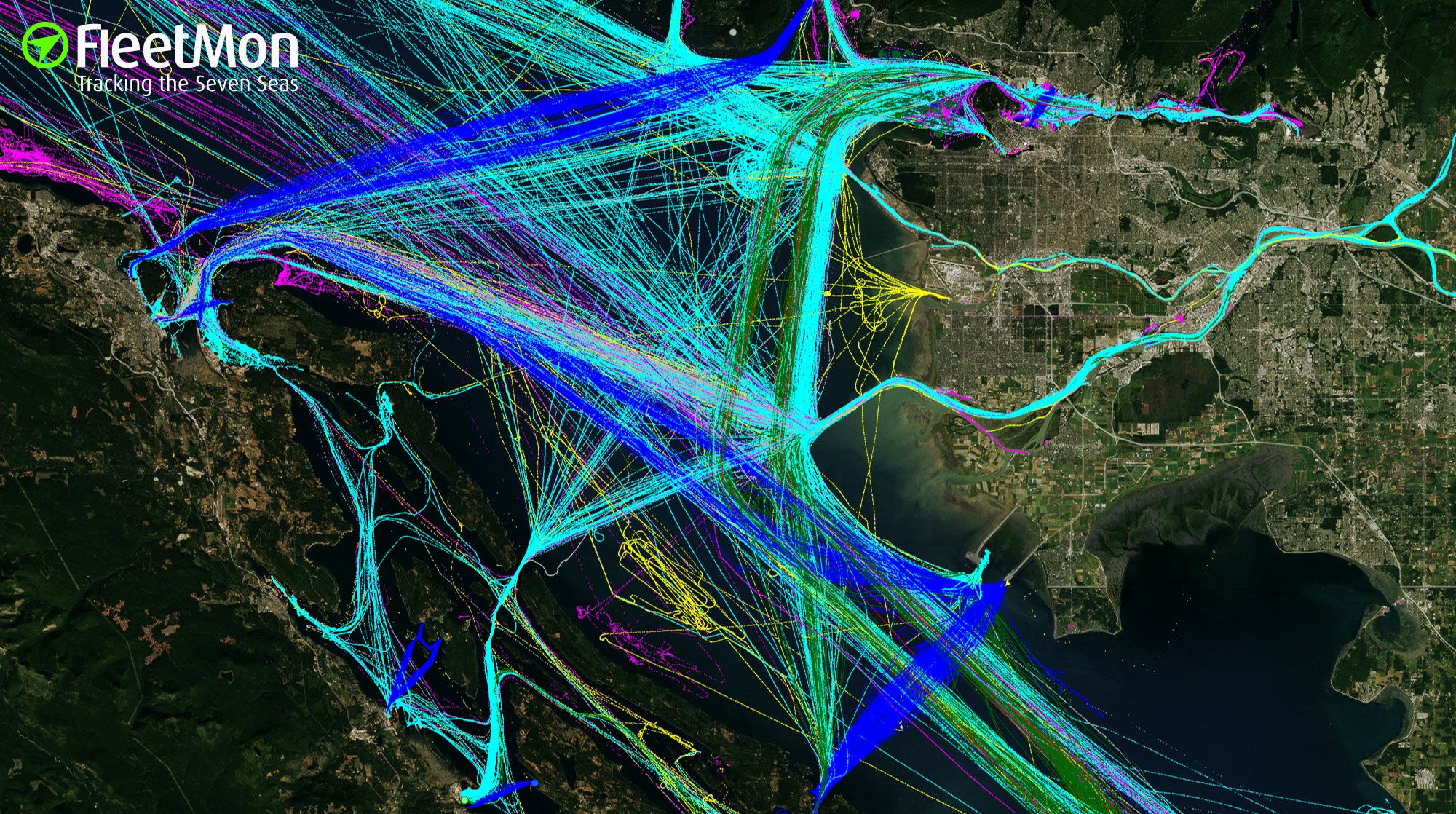 END_OF_DOCUMENT_TOKEN_TO_BE_REPLACED

“Today marks a significant milestone for our company. We’d like to thank our vendors and partners for their cooperation in this effort,” said Marc Eisenberg, ORBCOMM’s Chief Executive Officer. “I’d also like to commend the ORBCOMM team for their hard work and dedication in making our second OG2 mission a success. Lastly, I’d like to congratulate SpaceX on making history by landing the Falcon 9’s reusable Stage one booster from a record altitude. It’s an exciting day for all of us in the space industry.”

END_OF_DOCUMENT_TOKEN_TO_BE_REPLACED

In short the private space agency SpaceX just brought up all 11 ORBCOMM OG2 satellites in nominal orbits and landed the first stage of its Falcon rocket successfully back on earth.
Think about that and all it’s implications: you fire up satellites into orbit and instead of throwing your expensive rocket into the ocean and build another one … you just land it, refuel it and give it another shot. What a giant leap!
Beside the fact that some nations couldn’t even build airports anymore (no names here), that is quite impressive.
For more information about SpaceX and the grand master Elon Musk, please read this article … the most funny and brainful stuff you will find.

And what about those ORBCOMM satellites?
Those OG2 satellites are quite small next generation M2M-satellites, which form the backbone of a growing dedicated machine-2-machine communication network. This new generation of OG2 satellites provides more bandwidth, better coverage and less power consumption.
But what we at FleetMon.com love even more, is that every OG2 satellite is equipped with an AIS payload to receive and report transmissions from AIS-equipped vessels.

END_OF_DOCUMENT_TOKEN_TO_BE_REPLACED

Are you up to date about the real maritime picture? This week another meteorological hazard is spotted in FleetMon Explorer – Tropical Cyclone Nilofar. The cyclone shaped up in the Arabian Sea and has already developed into a Category 4. With the gusts of 160mph it is the most powerful storm in the region since 2010.

Two weeks ago Super Typhoon Vongfong — the strongest tropical cyclone of the year, equivalent to a Category 5 hurricane — was moving steadily towards Japan and the islands of Kadena and Okinawa, winds were expected to reach 165mph.

FleetMon lets you easily check current weather and sea state anywhere on the globe! Stay up to date on the development of tropical storms, hurricanes, cyclones and typhoons and keep an eye on your vessels in areas with heavy seas.

Interested? Everything you see here is included in our FleetMon Unlimited Sat plans. You are welcome to sign up for a trial here – or get in touch with our sales team. We’ll be pleased to help!

On July 14 a SpaceX Falcon 9 rocket was launched from Cape Canaveral with six next-generation AIS satellites on board.

FleetMon.com is pleased to announce that the additional AIS vessel tracking power delivered by these satellites is made fully available to users of the FleetMon platform as of today.

This newly expanded constellation of our satellite AIS partner ORBCOMM marks the largest and most powerful constellation existing today, and addresses a number of previous limitations faced when tracking vessel from space.

In addition to having more satellites detecting ship signals in space, also the number of ground stations has been vastly increased. Now ORBCOMM’s entire network of 16 ground stations is engaged, one on every continent of the globe, and ensures much more frequent downloads of the AIS messages received in space.

As a result, FleetMon users benefit from a dramatically reduced latency time and a strongly increased update rate of ship signals received from the open oceans. The overall data volume received by the satellites has easily tripled, and the ship signals from deep ocean position are displayed on FleetMon users’ screens in no more than 5-10 minutes.

Thanks to enhanced receiver technology with increased sensitivity, the new satellites detect more messages in high traffic areas and more vessels by detecting positions from lower powered transponders such as Class B transponder messages. There is also an increase in detection of AIS messages transmitted at lower data rates, such as from vessels at anchor, and static data reports, for example destination or ETA messages.

With these new capabilities, combined with FleetMon’s own terrestrial AIS network data, users are able to track vessels more accurately and precisely than has ever been possible before — with a further 11 satellites planned for deployment in late 2014!

Interested? Sign-up for a free trial of our satellite-enabled plans on FleetMon.com and get a first-hand experience of the new data quality, or talk to our sales team to discuss your project!