The recently published PricewaterhouseCooper (PwC) German Shipping Survey 2017 revealed that one in two German shipping companies have already been heavily impacted by digitalisation and 84% expect online portals to grow in importance.

Once a year, PwC publishes its survey of German shipping companies. This report published in July 2017 highlighted the increasing impact of digitalisation on shipping. More than 80% of German shipping companies expect online applications soon to become a matter of course for customers, e.g. booking sea-borne transport via an online portal. The shipping companies interviewed have been impacted to a differing extent by the rise of the digital economy. Around half said they had been affected by major changes, 41% less so and 10% felt they had not been affected at all.

PwC highlights the dangers of ignoring digitalisation, pointing out that far too many shipping companies are lulling themselves into a false sense of security by thinking that digitalisation will simply sail by and leave their traditional business models unaffected. Although 57% of the interviewees judged themselves to be digitally competent, 43% suspected digital deficiencies and thought they weren’t well equipped for the challenges of the digital economy. A PwC expert quoted in the report believes that the platform effect evident in other industries could well become a feature of shipping.

This is where FleetMon can provide valuable assistance. Dozens of online platforms already exist for ship owners, operators or charterers to upload their content. At FleetMon we already have the relevant content, e.g. ETAs, historical tracking data, event handling, alerting, etc. It’s there for you to access – and equip yourself for the digitalised future of shipping.

By the way, this PwC survey also brought some good news: over 70% of the interviewees predicted global ship-borne cargo volumes would increase over the next five years. With light now appearing at the end of the shipping tunnel it’s a good time to invest in digitalisation to avoid any digital deficiencies. 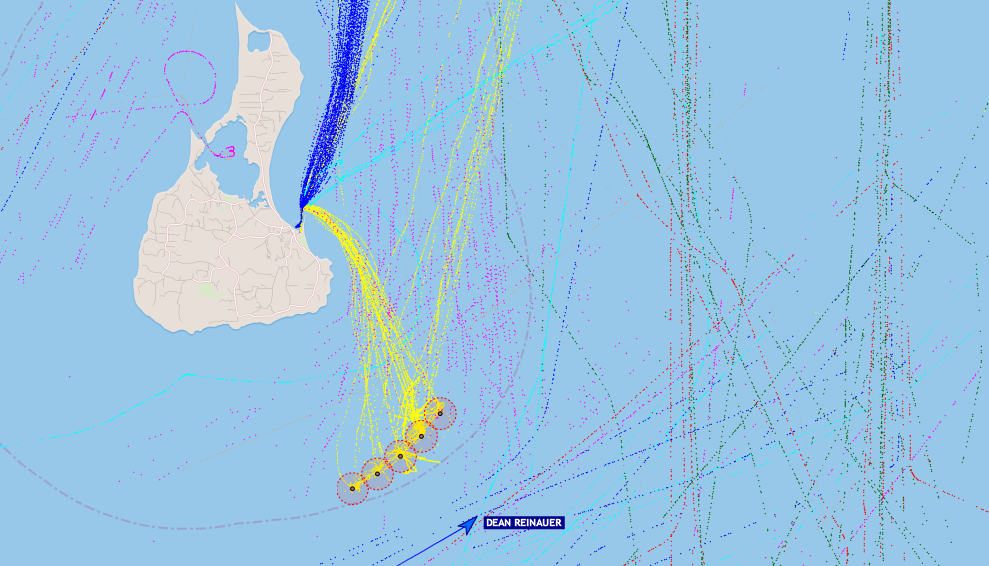 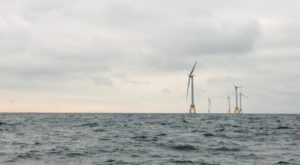 December 12, 2016 was a memorable milestone in the history of America’s clean renewable energy industry. It was the day when Deepwater Wind’s Block Island Wind Farm became the first offshore wind farm to deliver energy to the American power grid. Located off the shore of Rhode Island, the five offshore wind turbines that make up Block Island Wind Farm are now delivering electricity to the New England grid on a regular basis. The power produced by this pioneering wind farm is transmitted to the grid via a new sea-to-shore submarine cable system. This historic project was the result of two years of work involving more than 300 workers in the development, construction and commissioning of Block Island Wind Farm. Such a project also generates a great many vessel movements, which is where FleetMon came in. END_OF_DOCUMENT_TOKEN_TO_BE_REPLACED

END_OF_DOCUMENT_TOKEN_TO_BE_REPLACED

The cruise industry has been experiencing especially dynamic development.
Within just 10 years, the number of passengers has tripled. In Germany alone, more than 1.77 million people took part on an ocean cruise in 2014. END_OF_DOCUMENT_TOKEN_TO_BE_REPLACED

Container vessels represent a type of ship which transport standardized ISO containers. Their cargo capacity is measured in TEU (Twenty-foot Equivalent Units).Today, more than 90 % percent of the trade between countries is carried by container ships.  The largest vessels are nearly 1313 feet long and can carry more than 20 000 TEU. All container vessels represented in the following density map are over 330 feet long.

END_OF_DOCUMENT_TOKEN_TO_BE_REPLACED

“Today marks a significant milestone for our company. We’d like to thank our vendors and partners for their cooperation in this effort,” said Marc Eisenberg, ORBCOMM’s Chief Executive Officer. “I’d also like to commend the ORBCOMM team for their hard work and dedication in making our second OG2 mission a success. Lastly, I’d like to congratulate SpaceX on making history by landing the Falcon 9’s reusable Stage one booster from a record altitude. It’s an exciting day for all of us in the space industry.”

END_OF_DOCUMENT_TOKEN_TO_BE_REPLACED

In short the private space agency SpaceX just brought up all 11 ORBCOMM OG2 satellites in nominal orbits and landed the first stage of its Falcon rocket successfully back on earth.
Think about that and all it’s implications: you fire up satellites into orbit and instead of throwing your expensive rocket into the ocean and build another one … you just land it, refuel it and give it another shot. What a giant leap!
Beside the fact that some nations couldn’t even build airports anymore (no names here), that is quite impressive.
For more information about SpaceX and the grand master Elon Musk, please read this article … the most funny and brainful stuff you will find.

And what about those ORBCOMM satellites?
Those OG2 satellites are quite small next generation M2M-satellites, which form the backbone of a growing dedicated machine-2-machine communication network. This new generation of OG2 satellites provides more bandwidth, better coverage and less power consumption.
But what we at FleetMon.com love even more, is that every OG2 satellite is equipped with an AIS payload to receive and report transmissions from AIS-equipped vessels.

END_OF_DOCUMENT_TOKEN_TO_BE_REPLACED

The FleetMon team joined together with Llyod’s Register to attend and compete in the 33rd Peter Gast Schiffahrtsregatta, an event which started years ago with only a small number of friends taking part at this race. Today competing against 120 vessels, and more than 1000 maritime shipping professionals from a starting location in Germany to Denmark. The event was exciting with many laughs, tears and joy spread over the two day event, which was shared by all who participated.

END_OF_DOCUMENT_TOKEN_TO_BE_REPLACED

Open your FleetMon Explorer and discover the busy vessel traffic in the waters around Cornwall: Check out what is happening in the English Channel… …and benefit from improved AIS coverage!

You can help to fully cover the English Channel! We are looking for partners in France. So please get in touch with us!