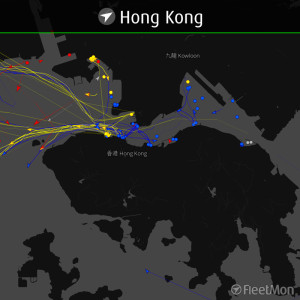 Hong Kong s an autonomous territory on the southern coast of China. The Port of Hong Kong is a deepwater seaport dominated by trade in containerised manufactured products, and to a lesser extent raw materials and passengers. It is one of several hub ports serving the South-East and East Asia region, and is an economic gateway to mainland China. The port has been one of the busiest container ports in the world for many years, and at times the busiest. 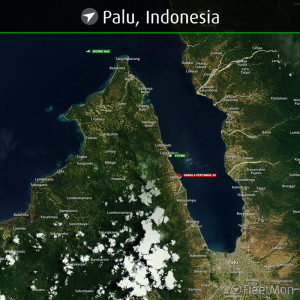 Palu is a chartered city on the Indonesian island of Sulawesi, northeast of Jakarta, at the mouth of Palu River. It is the capital of the province of Central Sulawesi of a long, narrow bay. The town was part of the Dutch Empire until Indonesia won independence in 1945–49. The Dutch controleur’s house survives as a testament of that era.
see nearest port to: Palu 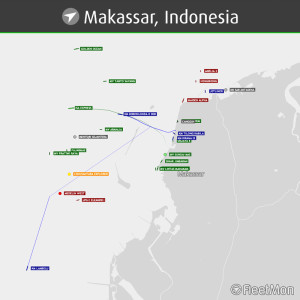 Makassar is the provincial capital of South Sulawesi, Indonesia. Beginning in the sixteenth century, Makassar was the dominant trading center of eastern Indonesia. Today, Makassar is southern Sulawesi’s primary port, with regular domestic and international shipping connections. It is nationally famous as an important port of call for the pinisi boats, sailing ships which are among the last in use for regular long-distance trade.
see port of: Makassar 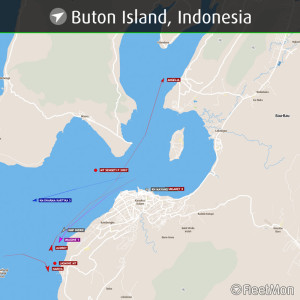 Buton, is an island in Indonesia located off the southeast peninsula of Sulawesi. Sultan Murhum, the first Islamic monarch on the island, is remembered in the name of the island’s major harbor, Murhum Harbor, in Baubau. Port Murhum serves the island’s main access for transportation. Direct sea connections include Jakarta and Kendari.
see nearest port to: Buton Island 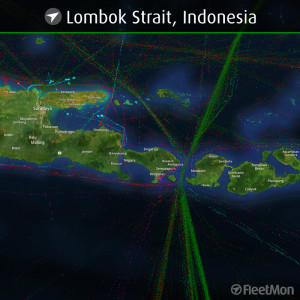 The Lombok Strait is a strait connecting the Java Sea to the Indian Ocean, and is located between the islands of Bali and Lombok in Indonesia. Its narrowest point is at its southern opening, with a width of about 20 km between the islands of Lombok and Nusa Penida, in the middle of the strait. At the northern opening, it is 40 km across. Its total length is about 60 km. The Lombok Strait is notable as one of the main passages for the Indonesian Throughflow that exchanges water between the Indian Ocean and the Pacific Ocean. 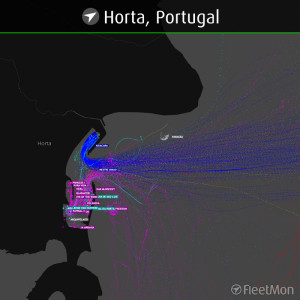 Horta is a single municipality and city in the western part of the Archipelago of the Azores, encompassing the island of Faial. During the 18th and 19th centuries, Horta was a small town that extended along the shoreline. Due to its location, it prospered as a stopover on important commercial routes between Europe and the New World. For a time, Horta was a center of commerce and travel. It was a gateway for Azorean orange growing, and the port for the export of wine from Pico Island, as well as an important stop for North American whalers, and later as a refueling port for coal-powered ships during their transatlantic passages. 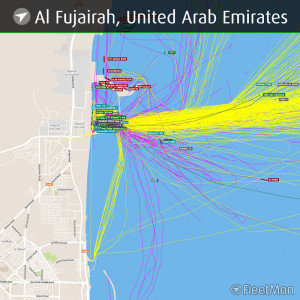 Fujairah is one of the seven emirates that make up the United Arab Emirates, and the only one of the seven that has a coastline solely on the Gulf of Oman and none on the Persian Gulf. Port of Fujairah is the only multi-purpose port on the Eastern seaboard of the United Arab Emirates, approximately 70 nautical miles from the Straits of Hormuz. Initial Construction of the Port started in 1978 as part of the economic development of the UAE. 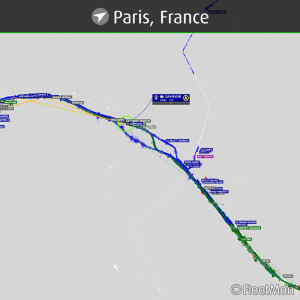 Paris is the capital and most populous city of France. Situated on the Seine River in the north of the country, it is in the centre of the Île-de-France region. The Paris region is the most active water transport area in France, with most of the cargo handled by Ports of Paris in facilities located around Paris. The Loire, Rhine, Rhone, Meuse and Scheldt rivers can be reached by canals connecting with the Seine, which include the Canal Saint-Martin, Canal Saint-Denis, and the Canal de l’Ourcq. 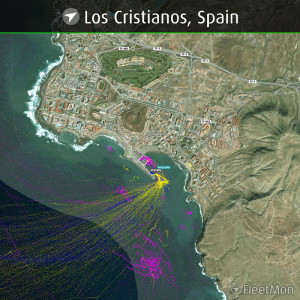 Los Cristianos is a town in Spain, situated on the south coast of the Canary Island of Tenerife. The town centre is around the Los Cristianos bay, but is rapidly expanding inland with modern development. The town is a popular tourist resort and includes a ferry port. Daily ferry services to the neighbouring islands of La Gomera, El Hierro and La Palma also leave from the harbour of Los Cristianos operated by the Naviera Armas and Fred Olsen Express ferry companies. 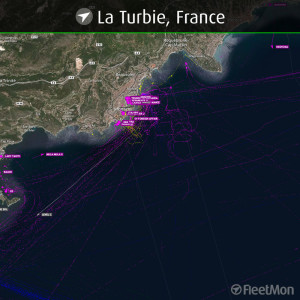 La Turbie is a commune in the Alpes-Maritimes department in southeastern France. The nearest port to La Turbie is Port Hercules, the only deep-water port in Monaco. The port has been in use since ancient times. The modern port was completed in 1926, and underwent substantial improvements in the 1970s. The port is located in the La Condamine district. Harbour pilots are required for all vessels longer than 30 metres. The depth of water in the harbour ranges from seven metres for standard berths and up to 40 metres for the outer piers and cruise ship docks. 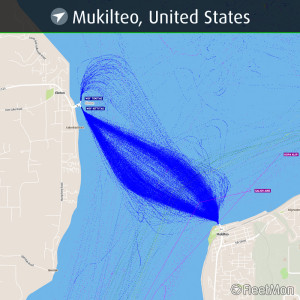 Mukilteo is a waterfront city in Snohomish County, Washington, United States. In its early years, Mukilteo was a fishing village, trading post, and a port-of-entry. Though boating and fishing are as popular as ever in the area, there is only one boat launch with two seasonal docks and no marina in the city. The Lighthouse Park area and pilings near the ferry dock are popular places for local divers, due to the diversity of sea life and presence of squid. 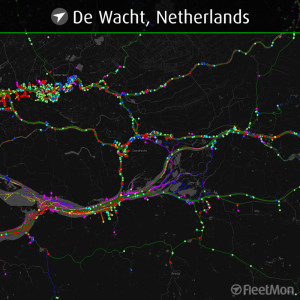 De Wacht is a hamlet in the Dutch province of South Holland and is part of the municipality Binnenmaas. The village lies in the east of Binnenmaas next to the Dordtse Kil. The nearest Port to De Wacht is the Port of Dordrecht, which is the sixth largest sea port in the Netherlands. The current economy of it is based on ship building, wood industry, and steel industry. 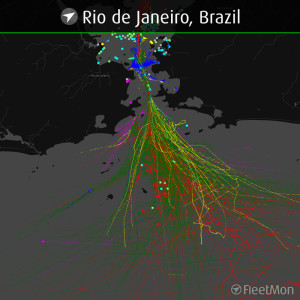 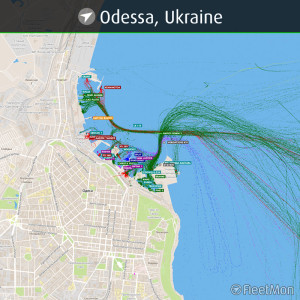 Odessa or Odesa is a city in Ukraine and a major seaport and transportation hub located on the northwestern shore of the Black Sea. Odessa is the third biggest city in Ukraine and known in Ukraine as Black Sea Pearl. The economy of Odessa largely stems from its traditional role as a port city. It’s complex contains an oil and gas transfer and storage facility, a cargo-handling area and a large passenger port. 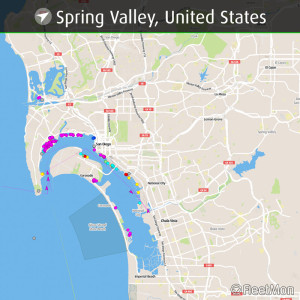