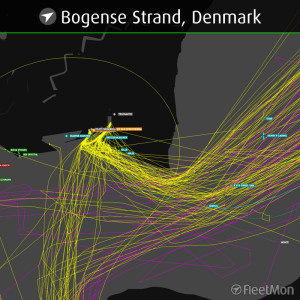 Bogense is a town in central Denmark. For most of the 20th century, the town’s principal occupation remained trade but it faced increasing competition from nearby Odense. A few small industries were established resulting in a modest increase in population. Development has recently moved increasingly into the service sector, especially after the seat of Nordfyn Municipality’s was establisned in Bogense in 2007. The marina which was opened in 1976 has been extended on several occasions and is now the largest on Funen. The yachting competition, Palby Fyn Cup, starts and ends at the marina. 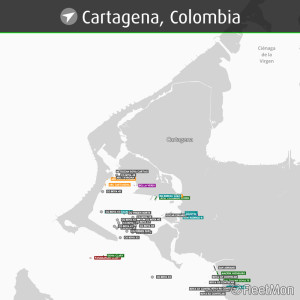 Cartagena is a city on the northern coast of Colombia in the Caribbean Coast Region and capital of the Bolívar Department. The Port of Cartagena lies on the northern shores of Cartagena Bay. It has the biggest remaining fortifications in South America, making it a popular tourist destination. Cratagena Port exports petroleum, manufactured goods, coffee, and coal. It is home to many new high-rise buildings, but the strong winds prevent the construction of skyscrapers. 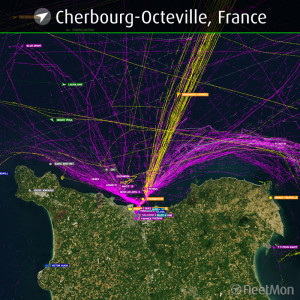 Cherbourg-Octeville is a city and former commune situated at the northern end of the Cotentin peninsula in the northwestern French department of Manche. Cherbourg Harbour is believed to be the second largest artificial harbour in the world with a surface area of around 1,500 hectares. Historically Cherbourg has been used for mercantile shipping as well as a naval base. 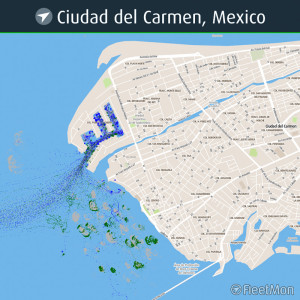 Ciudad del Carmen is a city in the southwest of the Mexican state of Campeche. The city is nicknamed “The Pearl of the Gulf”. Ciudad del Carmen was a small city mostly devoted to fishing until the 1970s when oil was discovered in the region; since then it has grown and developed substantially. To this day Carmen is known as one of the best locations to find seafood in Mexico. As late as the early 1980s the city could long be reached only by ferry boats called “pangas” or small motorboats (“lanchas”) operating between Ciudad del Carmen and Zacatal. 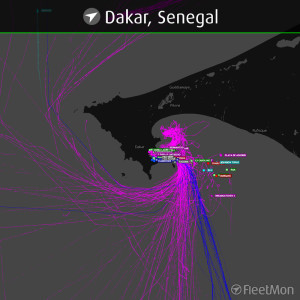 Dakar is the capital and largest city of Senegal. The Autonomous Port of Dakar is a Senegalese public enterprise which is headquartered in Dakar, located in the east of city. Thanks to the strategic position that gives it a sheltered harbor, it is now the third largest port in West Africa. 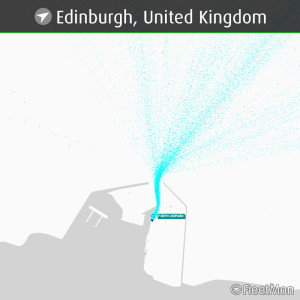 Edinburgh is the capital city of Scotland, located in Lothian on the southern shore of the Firth of Forth. Edinburgh has the strongest economy of any city in the United Kingdom outside London and the highest percentage of professionals in the UK with 43% of the population holding a degree-level or professional qualification. Tourism is also an important element in the city’s economy. As a World Heritage Site, tourists come to visit historical sites such as Edinburgh Castle, the Palace of Holyroodhouse and view the Old and New Towns. 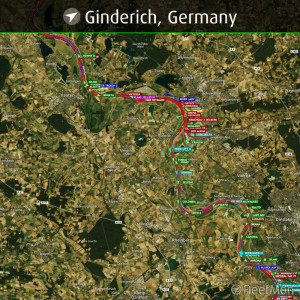 Ginderich is a municipality in Germany’s most populous state North Rhine-Westphalia. Ginderich is located in the administrative district Wesel which is situated at the confluence of the Lippe River and the Rhine. Wesel itself is the capital of this district. It became a member of the Hanseatic League during the 15th century and was an important commercial centre: a clearing station for the transshipment and trading of goods. 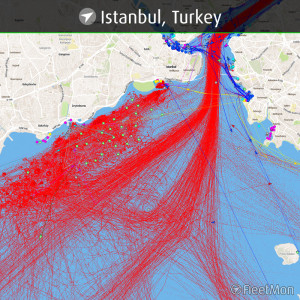 Istanbul is the most populous city in Turkey and the country’s economic, cultural, and historic center. As the only sea route between the oil-rich Black Sea and the Mediterranean, the Bosphorus is one of the busiest waterways in the world. More than 200 million tonnes of oil pass through the strait each year, and the traffic on the Bosphorus is three times that on the Suez Canal. As a result, there have been proposals to build a canal, known as Canal Istanbul, parallel to the strait, on the European side of the city. Istanbul has three major shipping ports as well as several smaller ports and oil terminals along the Bosphorus and the Sea of Marmara. 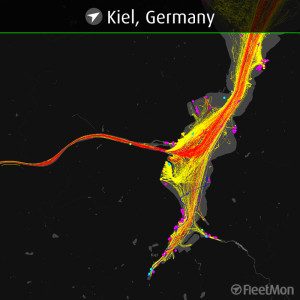 Kiel is the capital and most populous city in the northern German state of Schleswig-Holstein. Kiel has also been one of the traditional homes of the German Navy’s Baltic fleet, and continues to be a major high-tech shipbuilding centre. It is an important sea transport hub, thanks to its location on the Kiel Fjord and the busiest artificial waterway in the world, Kiel Canal. Kiel’s economy is dominated by the service sector, transport and maritime industries. It is also one of the major ports of the German Navy. 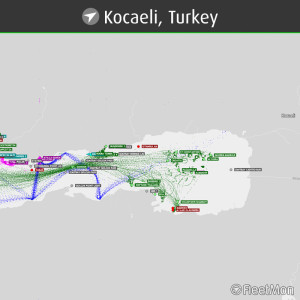 Kocaeli Province is a province of Turkey. Its capital is İzmit, which is also sometimes called Kocaeli. İzmit has a history as a port city. With Ford’s Southampton Assembly Plant closing in July 2013, and the launch of the new Otosan only V363 Transit in 2014, İzmit will be the sole producer of Ford Transit vans for Europe. It is also a transportation hub, being on the main highway and railway lines between Istanbul and Ankara and having a major port. 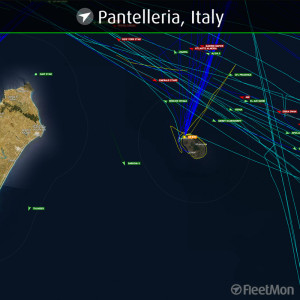 To the south of the western most tip of Sicily and closer to Africa than to Europe, lies the “black pearl of the Mediterranean”, the volcanic island of Pantelleria. The largest of all Sicilian islands. Pantelleria is one of Sicily’s most characteristic minor islands and is not part of an archipelago like the Egadis or the Aeolians. The unpolluted water of the surrounding sea means that the variety of marine life is enormous and several species, such as monk seals, that are no longer seen in other areas of the Mediterranean populate the waters. 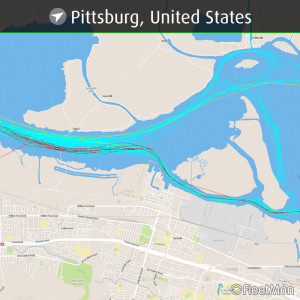 Pittsburg is an industrial city in eastern Contra Costa County, California in the East Bay region of the San Francisco Bay Area. The city has an extensive history of coal mining and industrial development since the late 1800s, with USS-POSCO Industries and Dow Chemical Company maintaining substantial plants in Pittsburg.Ramar International manufactures Magnolia Dairy Ice Cream, a Philippine specialty brand, in Pittsburg. 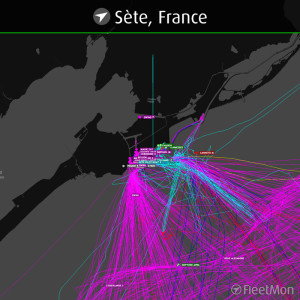 Sète known as Cette until 1928, is a commune in the Hérault department in the Languedoc-Roussillon region in southern France. it is a port and a seaside resort on the Mediterranean with its own very strong cultural identity, traditions, cuisine and dialect. Built upon and around Mont St Clair, Sète is situated on the south-eastern hub of the Bassin de Thau, an enclosed salt water lake used primarily for oyster and mussel fields. To its other side lies the Mediterranean. And the town has a network of canals which are link between the Étang de Thau and the Mediterranean Sea. 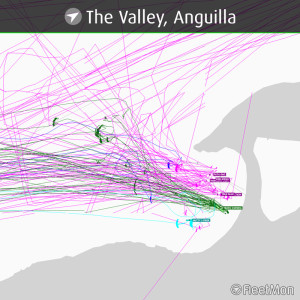 The Valley is the capital of Anguilla, one of its fourteen districts, and the main “town” on the island. The Valley has few examples of colonial architecture due to the relocation of Anguilla’s administration to St. Kitts in 1825. New shops have opened in new buildings and renovated West Indian-style cottages. Old shops have been modernized and have enlarged their stocks as well as their space. The ruins of the Old Court House are located on Crocus Hill, the island’s highest point. The town is located in the middle of the island, in front of Crocus Bay. Nearest villages are North Side, The Quarter, North Hill and George Hill.

see port of: The Valley