END_OF_DOCUMENT_TOKEN_TO_BE_REPLACED

Port State Control (PCS) inspectors are changing the way they inspect ships and placing greater emphasis on a vessel’s risk profile, says Petros Achtypis, CEO of Cyprus-based Prevention at Sea (PaSea). PSC memoranda of understanding (MOUs) are now drawing direct parallels between the risk profile of a ship on the one hand and the performance of the ship manager and the flag-state recognised organisation (RO) on the other. This is good news for safety at sea. After all, identifying operational or management risks can help to uncover pitfalls that may lead to accidents or injury.

END_OF_DOCUMENT_TOKEN_TO_BE_REPLACED 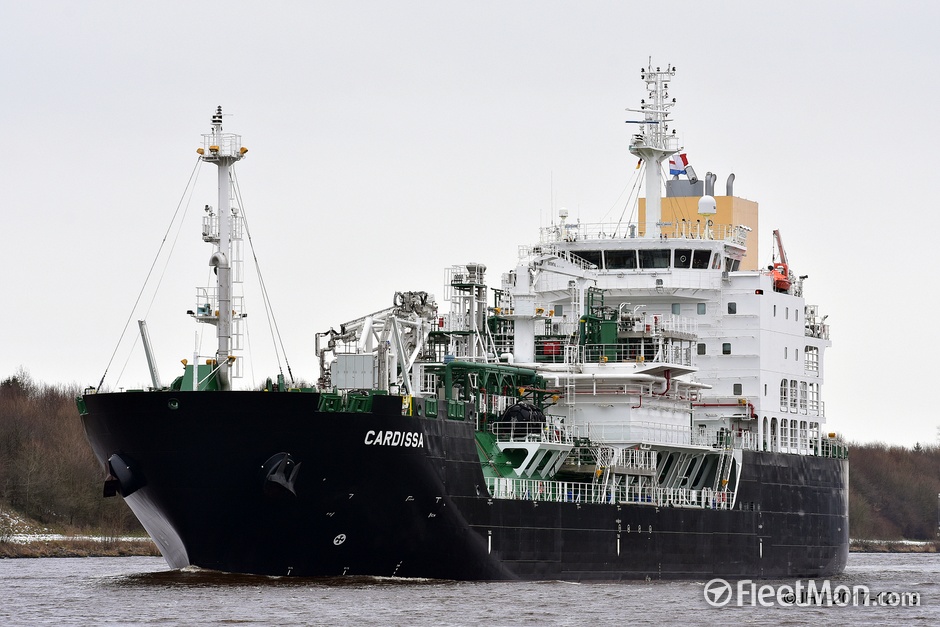 END_OF_DOCUMENT_TOKEN_TO_BE_REPLACED

Cruise shipping is booming worldwide. Experts expect that more than 30 million people will be taking a cruise holiday by 2020 at the latest. But what about all these cruise liners’ exhaust emissions? Right now, the cleanest ships are to be found in US waters and the Baltic Sea where scrubbers are playing an increasingly important role in the eco-strategies of cruise shipping lines such as TUI Cruises.

END_OF_DOCUMENT_TOKEN_TO_BE_REPLACED

The alarming levels of air pollution in big cities like Delhi or Beijing and “dirty diesels” – emissions of nitrogen oxides from automotive diesel engines – have made many headlines in recent months. But in port cities like Kiel, Hamburg or Rostock there is an additional air pollutant: particulate emissions from ship’s diesels. In the booming segment of cruise shipping – a 10% increase in arrivals in Hamburg alone this year – the focus is increasingly on how emissions from cruise ships’ auxiliary diesel engines can be reduced. During a 10-hour stay in port, the diesel engines of a single cruise ship may well burn 20 metric tons of fuel and produce 60 metric tons of CO2 – about as much as the total annual emissions of 25 average-sized European cars! This problem can be tackled in at least two ways: by supplying cruise ships with shore-side power so the auxiliary engines can be switched off, or powering the vessels with low-emission liquefied natural gas (LNG).

END_OF_DOCUMENT_TOKEN_TO_BE_REPLACED

The 14th Baltic Transport Forum taking place on 2 November in Rostock-Warnemünde will take a closer look at the impact of recent politico-economic developments on the Baltic Sea ferry and roll-on/roll-off shipping industry. Carsten Hilgenfeld, FleetMon’s Head of Research and Development, will be moderating one of the sessions.

The choice of venue is no coincidence. Rostock is a major hub of ferry and roll-on/roll-off traffic in the Baltic Region. If attendees are tempted to gaze out the windows of the Neptun Hotel, where the Forum will be held, they will see ships regularly entering or leaving the Lower Warnow River at Warnemünde. But of course nobody will be ship-spotting, as the Forum programme promises to rivet everyone’s attention.

The focus in the morning sessions will be on how current developments will impact Baltic Sea ferry and roll-on/roll-off traffic, and which strategies can be best employed to meet the challenges. The first afternoon session moderated by Carsten Hilgenfeld will look in detail at how the ports of Rostock, Trelleborg Hamn and Szczecin/Świnoujście are responding to the challenges and changes in Baltic Sea traffic. The final session has intermodal transport as its theme. Judging by the quality of the speakers, the 14th Baltic Transport Forum will provide attendees with a wide variety of valuable information, insights and ideas.

A well-managed supply chain can make all the difference to a business – the difference between success or failure, profit or loss. Two FleetMon experts recently presented a paper on how to improve supply chain management at the recently held 23rd International Symposium “Research – Education – Technology”, which was hosted by the University of Applied Sciences Stralsund, Faculty of Mechanical Engineering, on 12-13 October 2017.

The paper prepared by FleetMon’s Sebastian Hübner and Carsten Hilgenfeld along with two other colleagues was entitled “Using dashboards to optimize supply chain management with AIS-based improved ETA calculation”. The FleetMon experts had been invited to the Symposium because of the improvements such a dashboard-based solution can bring to supply chain management. After all, knowing exactly when the ship carrying your cargo will arrive at a certain port is key to efficient supply chain management. FleetMon’s AIS-based vessel tracking service informs customers about the precise movements and estimated times of arrival (ETA) of any ships they are interested in – anywhere in the world. As outlined in the paper, all the information of relevance to supply chain management is displayed on a single dashboard, an extremely convenient solution first developed for a global automotive group. 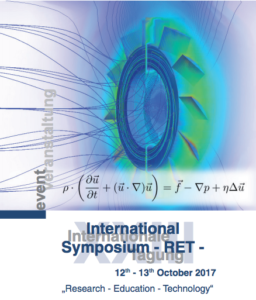 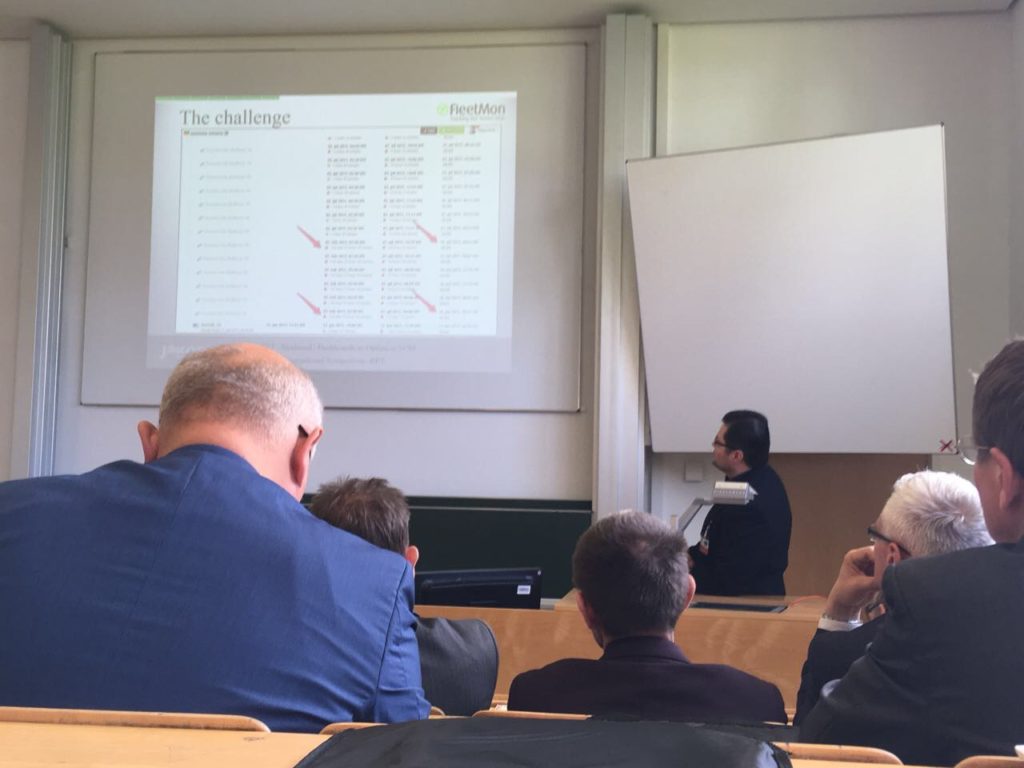 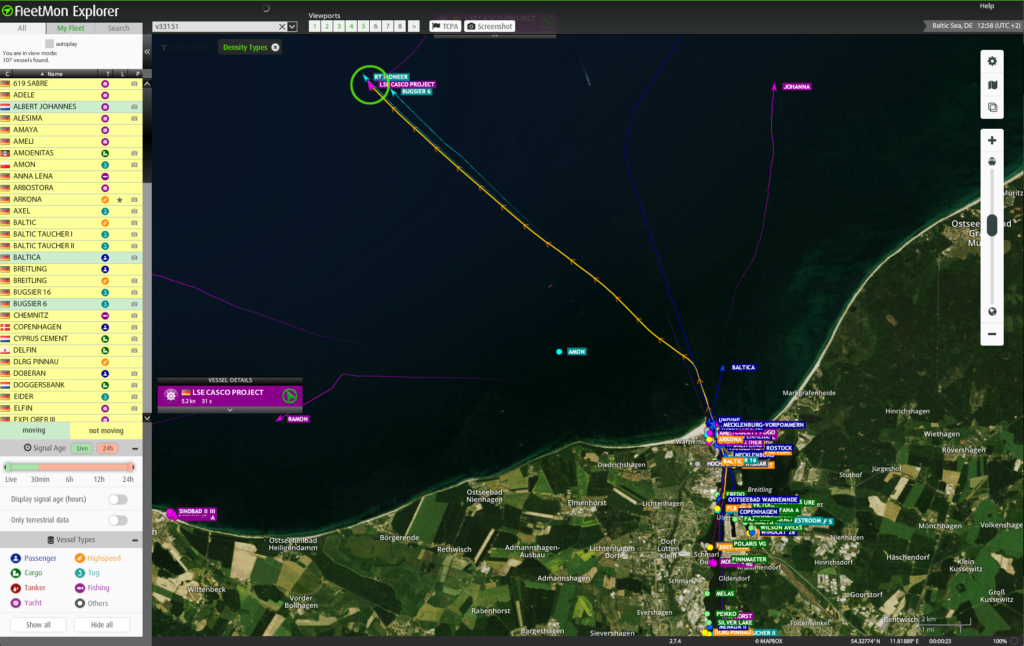 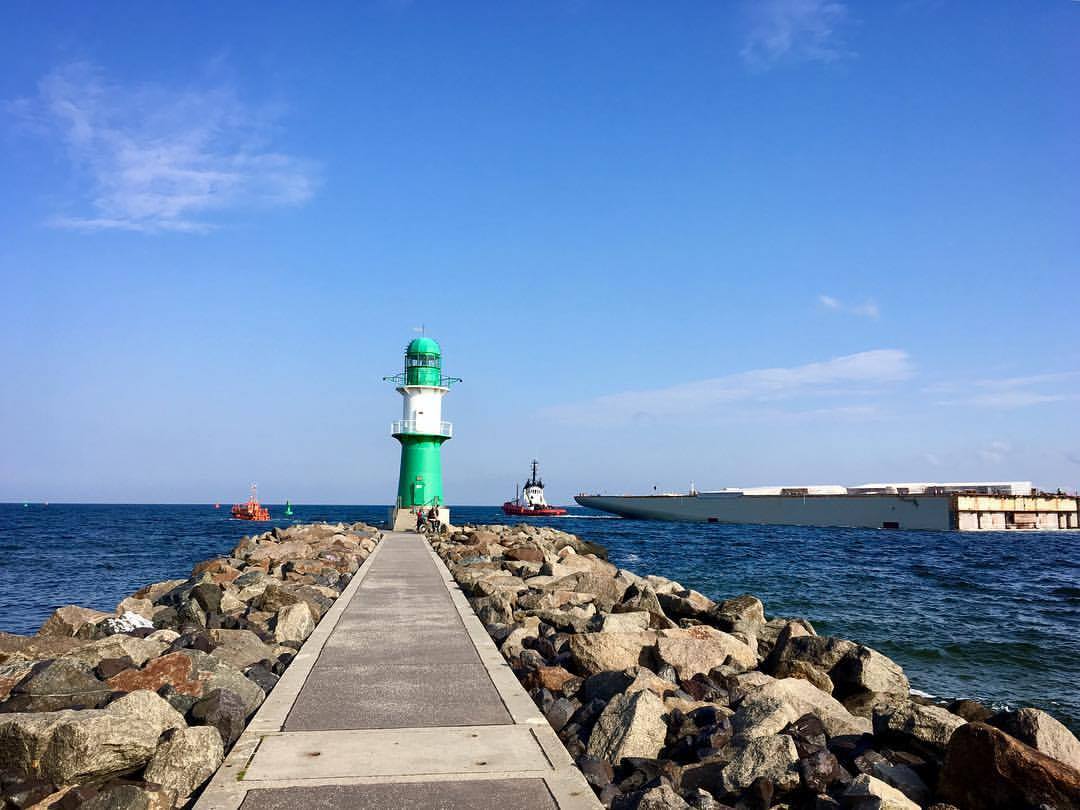