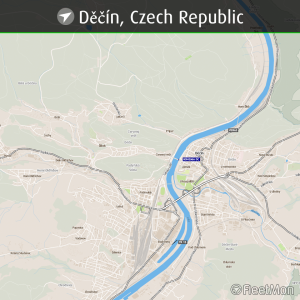 Děčín is a town in the Ústí nad Labem Region in the north of the Czech Republic. Děčín is located in northwestern Bohemia at the confluence of the rivers Elbe and Ploučnice. It is actually made up of two towns, one on either side of the Elbe River. the old town of Děčín is on the right bank, and on the left bank is Podmokly, which was incorporated in 1942. Products made in Děčín include sheet-metal, food, textiles, chemicals, soap, beer and preserved fish; the town is also home to a printing and publishing industry. 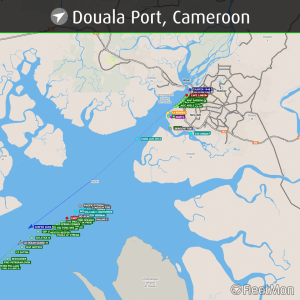 The town of Douala is situated in the estuary of the Wouri river, 50 km from the sea. It is an area of commercial activity since the 19th century when works were carried on there to permit trade between the coastal dwellers and traders form Hamburg and Brême. As per certain sources, the area was first developed by a German sailing company “Woermanline” in 1881. With the advent of the first world war that saw German colonies seized, access to the port of Douala was made possible for ships with -4.0 metres draft. The infrastructure consists of a Wharf of 60 metresa dock-shopping, seven private wharves, shops connected by a path of 60 meters. Bonabéri at this time, will be served by a dock-shopping 100 meters long. Well-equipped workshops and a dock Floating 900 tons complete. Annual traffic capacity is evaluated at 100 000 tonnes. 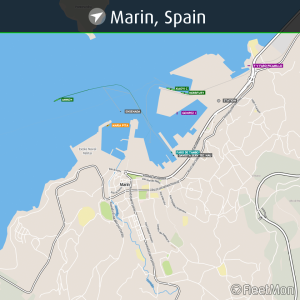 Marín is a municipality in Galicia, Spain in the province of Pontevedra. This town is where the Spanish Navy was settled. Formerly named San Xiao Ancorados by ships anchored nearby, but it is a popular distortion of “Encoirados,” meaning leather tanneries, as they were in the Lameira river which flows into the urban center of the village. Father Sarmiento says his name comes from the Latin word mare, meaning sea, but it is now known to be derived from the name of a former possessor of this land named Marinus. Marín derives from Marini, “property of Marinus.” Both references to the sea are, therefore, pure coincidences. 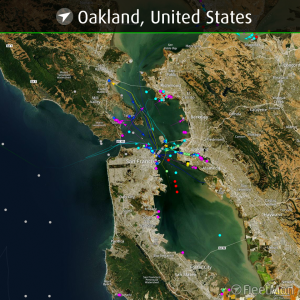 Oakland is a major West Coast port city in the U.S. state of California. The Port of Oakland is a major container ship facility. It was the first major port on the Pacific Coast of the United States to build terminals for container ships. It is now the fifth busiest container port in the United States. The Port is part of the California’s Green Trade Corridor Marine Highway project, as ships move cargo much greener than trucks and trains. Green Trade Corridor Marine Highway (ports of Oakland-Stockton-West Sacramento) can improve goods movement through Northern California. 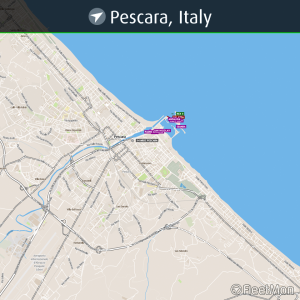 Pescara is the capital city of the Province of Pescara, in the Abruzzo region of Italy. The port of Pescara is an Italian port on the Adriatic Sea at the mouth of the River Pescara in the city of Pescara. The port of Pescara was conceived mainly as a staging area for use by numerous local fishing fleets, which had laid the foundations in the river in the second half of the 19th century. Initially the port in Pescara was equipped for small and medium tonnage ships, in addition to providing support to the fishing activities that were already active in the central Adriatic. The port immediately showed signs of development beginning with the economic growth of the city. 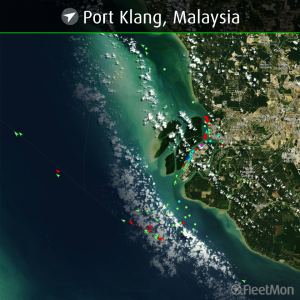 Port Klang is a town and the main gateway by sea into Malaysia. Known during colonial times as Port Swettenham but renamed Port Klang in July 1972, it is the largest port in the country. On 17 March 1986 the container terminal facilities operated by Port Klang Authority was privatised to Klang Container Terminal Berhad as part of the privatisation exercise of the government. In January 1988, construction work began on a new 800 feet berth, as an alternative to the immediate development of West Port. A government in directive 1993 has identified Port Klang to be developed into the National Load Centre. Port Klang has since grown and now establishes trade connections with over 120 countries and dealings with more than 500 ports around the world. 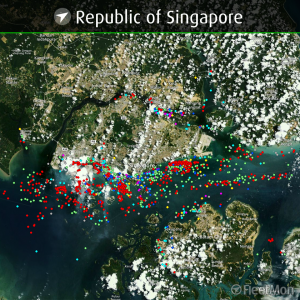 The Port of Singapore refers to the collective facilities and terminals that conduct maritime trade handling functions in harbours and which handle Singapore’s shipping. Currently the world’s second-busiest port in terms of total shipping tonnage, it also trans-ships a fifth of the world’s shipping containers, half of the world’s annual supply of crude oil, and is the world’s busiest transshipment port. The Port of Singapore is not a mere economic boon, but an economic necessity because Singapore is lacking in land and natural resources. The Port is critical for importing natural resources, and then later re-exporting products after they have been refined and shaped in some manner, for example wafer fabrication or oil refining to generate revenue.