Sanlucar de Barrameda, the seaside resort and fishing port (Bonanza) at the mouth of the Rio Guadalquivir in SW Andalusia, is a unique location for ship spotters. Lying on the beautiful sandy beach or swimming in the 30° warm water, you see all kinds of vessels sailing by – numerous fishing cutters chugging into the nearby harbour and cruise liners, container ships or tankers sailing up river to Seville or returning to the Atlantic. The Rio Guadalquivir is navigable as far as Seville, around 60 miles further north, and the capital of Andalusia is not only a popular destination for cruise liners but also a regular port of call for various cargo ships. 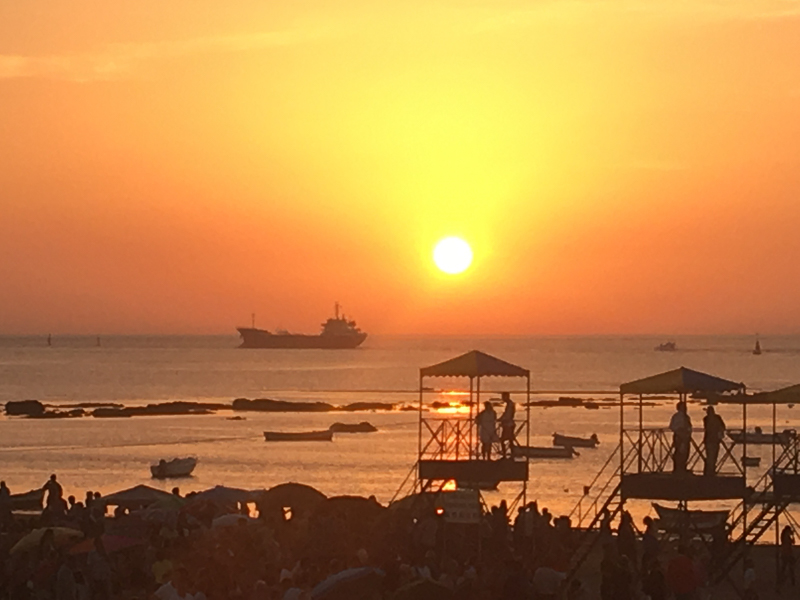 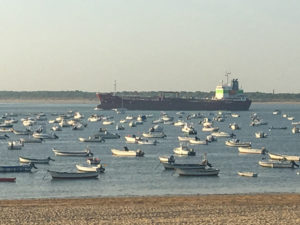 On August 10, for example, the 30,000-ton P&O cruise liner ADONIA sailed past the Sanlucar sunbathers heading from Seville into the Atlantic en route to her next port of call, Gibraltar. 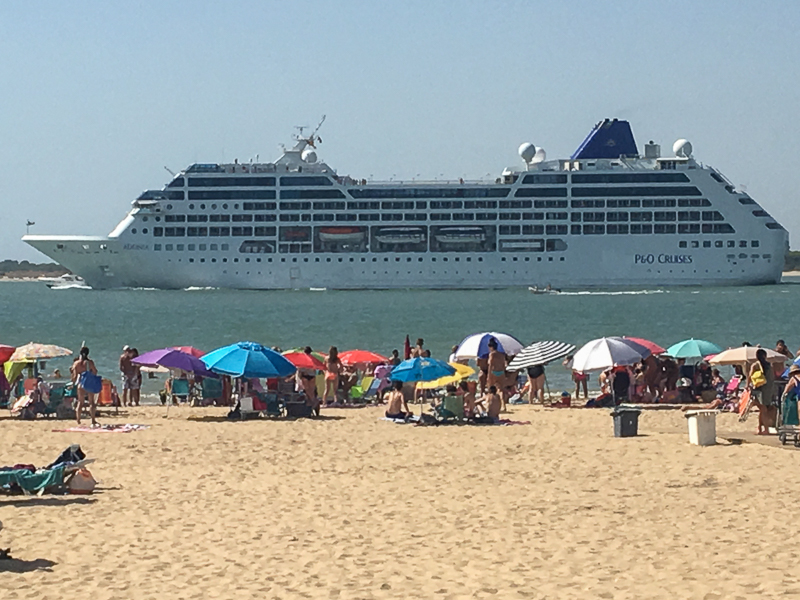 A cargo ship regularly seen off the beaches of Sanlucar is the OPDR LISBOA, a 698-TEU container ship operated by the Oldenburg-Portugiesische Dampfschiffs-Reederei (OPDR) that runs a shuttle service between Las Palmas, Santa Cruz de Tenerife, Casablanca and Seville. When seen sailing past the Sanlucar swimmers on August 20, the LISBOA had left Seville the day before and was heading for Las Palmas where it docked on August 22.

On six evenings at low tide in August the Sanlucar beach also stages professional horse races that attract crowds of up to 30,000 – an unparalleled sporting event held since 1845. It also offers the horseracing spectators the uniquely remarkable sight of thousands of horsepower sailing past ten horsepower on the sand. 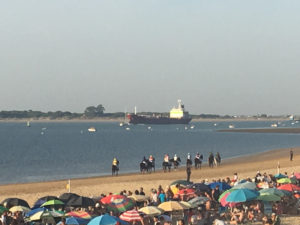 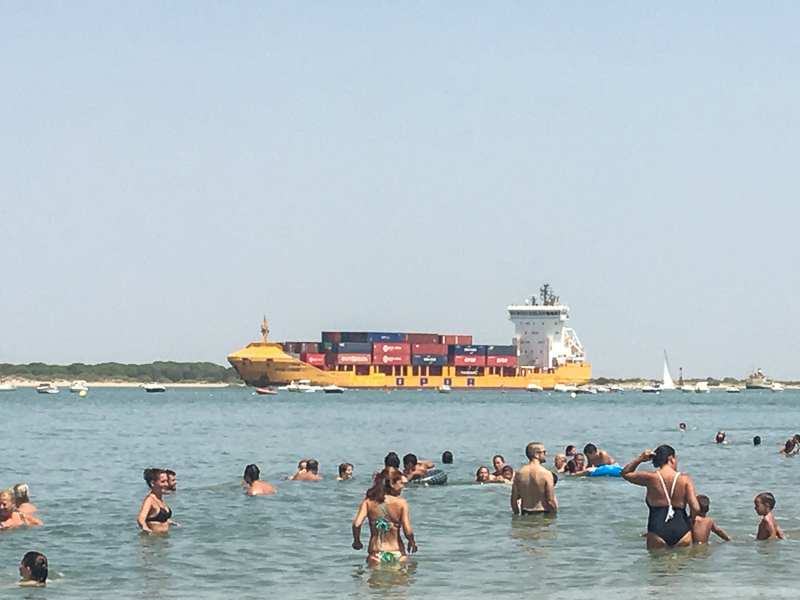