END_OF_DOCUMENT_TOKEN_TO_BE_REPLACED

Navigation in itself is a multi-century old phenomenon, which has been there since mankind discovered what they could do with a piece of wood. However, modern ship navigation has experienced a lot of changes, and subsequent ‘rebirths’, over the last couple of decades.

One such year of rebirth was 1952: For the very first time, vessel routing services got introduced into the industry. 1952 is when vessels were retrofitted with a prototype that would later evolve into the Automatic Identification System (AIS) in the late 90s, something that ushered a new era in maritime navigation so to speak.

AIS data, when clubbed together, gives us all-around insights into the vessel involved, its speed, position, ship dimensions, as well as its draft, helping us identify when the ship was loaded or unloaded with its designated cargo. However, the last point is an application of various data points obtained via AIS, and not available via raw data obtained from the systems onboard.

AIS, as stated above, was originally meant for ensuring navigational safety, but has quickly proved to be a vital source of business intelligence for maritime personnel.

END_OF_DOCUMENT_TOKEN_TO_BE_REPLACED 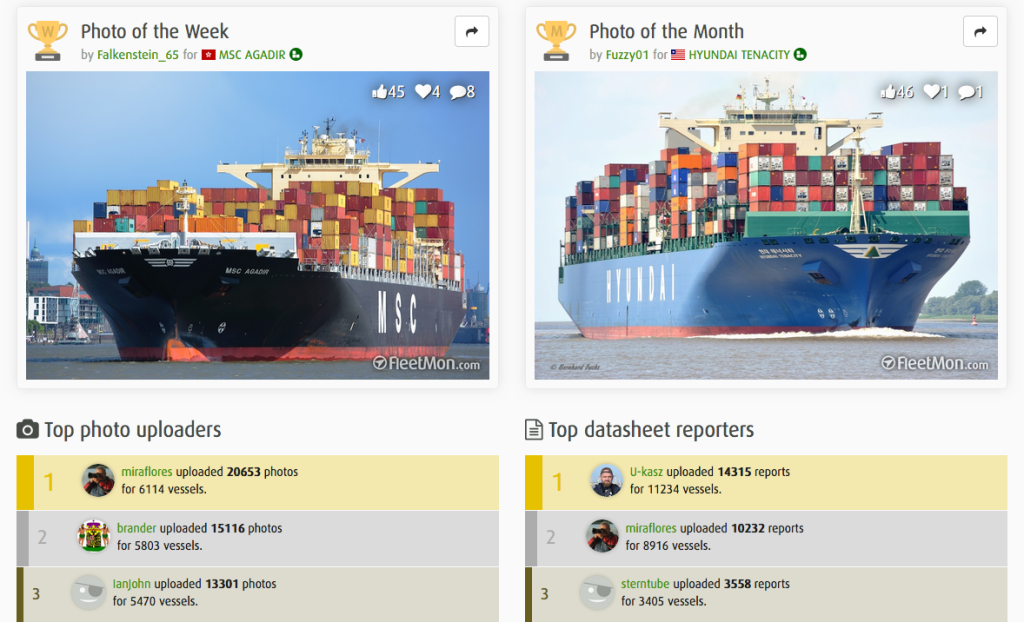 The FleetMon community provides us with many interesting and beautiful ship images every day. In our opinion, the quality of these pictures is unmatched on the internet so far. END_OF_DOCUMENT_TOKEN_TO_BE_REPLACED

With the valuable input and suggestions of our top image uploaders, the Digital Seas Image Moderator’s team has completed an extensive review of the Image Quality Guidelines for Digital Seas. The new Guidelines are a little bit more relaxed, for example on bow and stern shots, and encourage a limit on multiple uploads for the same vessel. We felt that such a limit was necessary so all uploaders can follow equal rules and some disappointing situations can be prevented.

As always, image quality is most important and will always be the determining factor!

We hope the new Guidelines will make it easier for you to choose your most fascinating images for sharing on Digital Seas!

The changes in summary:

See the Guidelines in detail on the FAQ page: http://www.digital-seas.com/faq_quality